The Saola is also known as the Asian Unicorn. We studied Saola’s in co-op and here is how we did it.

First, Saola is a very rare and endangered animal. It cannot live in captivity. This animal was discovered in 1992 and we are still learning a lot about it. It is very hard to find books about the Saola. The only one I could find was a very thick book not geared toward children called The Last Unicorn. It was a very long read, but not something you could use as a lesson unless you are working with high schoolers. 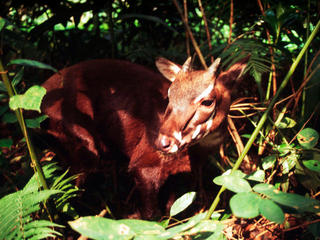 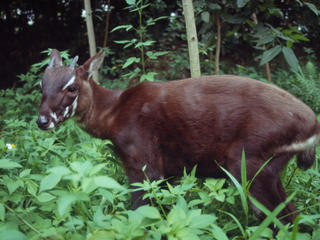 and shared them with the kids. It is not easy to find pictures of Saola. They are very rare and a special animal that needs to be left alone.

I then shared this video about the Saola to start my lesson off:

I liked this video because it was short and to the point which is what I need for the big age range I deal with.

Then I shared some fun facts I learned about Saola’s that I found on A-Z Animals: https://a-z-animals.com/animals/saola/
and Soft Schools: http://www.softschools.com/facts/animals/saola_facts/273/
1. The Saola is a species of Antelope natively found in the forests on the border of north-central Vietnamand Laos.
2. They are one of the most recently discovered large mammals in the world but are now also believed to be one of the rarest with estimated population numbers just in the tens of individuals
3. They are incredibly rare and elusive mammals, and still today, very little is actually known about the Saola. The Saola is also known as the Asian Unicorn, which is not thought to be particularly related to its long horns, but more the fact that it is just so rare.
4. smooth horns are found on both males and females of the speciesand can grow up to 50cm in length
5. They are thought to live for between 8 and 11 years in the wild.
6. Saola is herbivore (plant-eating animal). It eats fig leaves and other plant material (seeds, fruit and berries) that can be found near the riverbanks.
7. Males are territorial. They roam over larger areas compared to females. Saolas use sticky, smelly substance produced in the maxillary gland to mark borders of their territory.
8. All information about saola was collected by observing 13 captive animals. Unfortunately, soala cannot survive long period in captivity and all except two captured animals died within the short period of time

The next activity was making a Saola out of salt dough. The Saola is so rare that we needed to make it out of clay to be able to see it! It was cute watching the kids try and mold the face of a Saola.

At the end of our lesson, I shared this video while the kids made their Saola’s out of clay.
https://www.worldwildlife.org/videos/working-together-to-save-the-saola


This is a really good video from the WWF and very informative. It is a little long, but that is why I played it when the kids were sitting playing with clay.

This site uses Akismet to reduce spam. Learn how your comment data is processed.

Thank you for being here! I write positive motherhood encouragement and share helpful homeschooling resources. I love my family, living in a small Maine town, and bonding with other mothers.

My book is now available on Amazon! 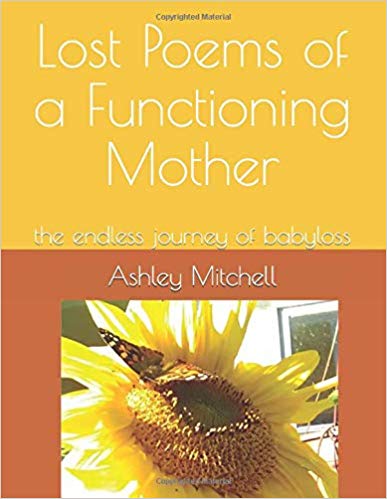 My book of poetry about my journey through babyloss is now available at no cost for Kindle Unlimited users. Order your paperback version now for only $10!

Carry Me Along a poem about grief with photography of Maine nature.

Confused about how to Homeschool your child Preschool??? ABC Home Preschool.com now offers Online Courses for Parents on how to Homeschool their children Preschool!!!
Get Your School Supplies in Bulk! Free Shipping to your Local Store from Dollar Tree
Shop our Best Programs! One membership covers every child in your family!
Check ANTOP ANTENNA SELECTION GUIDE. Select the right antenna to Cut-The-Cord and enjoy crystal-clear free TV! No monthly subscription bill!

Shop the latest in eco-baby and green home products, gifts and more!
5 Best Iced Teas
Resolve to be Organized in the New Year with up to 35% Off momAgenda Planners!
Harry Potter Jacket Patches

Join Me on Goodreads

Enter to win a ONE YEAR FREE subscription at Groovy Lab in a Box!
5 reasons your preschooler will love Early Explorers
Educate Your Kids and Save the Planet with Green Kid Crafts!
Custom Photo Patch - Design it yourself.
%d bloggers like this: